Zen is a spiritual path, beyond dogma and philosophy.

“Zen is not a religion, Zen is not a school of philosophy, because it is not a theory. In fact the emphasis is on the order of life. What Zen teaches is precisely to be as broad as possible and as free as possible.” –  Béla Hamvas

Advent and christmas on the border of jazz and pop

Klára Hajdu and Milán Szakonyi are quite well known and sought after musicians of both jazz and pop scene in Hungary.

Klára is a prominent figure in Hungarian jazz life. On the Hungarian jazz portals, jazzma.hu and magyarjazz.hu, she was chosen as “Singer of the Year” again in 2021. She performed in a lot of European cities and in the USA too. She sang for almost a decade long with one of the most popular local jazz band, the Elemér Balázs Group, and now she is leading her own quartet for 14 years.

Milán is one of the most special voice of Hungary. He is the current singer of the Elemér Balázs Group for 10 years. He is guitarist, arranger, composer in the band of Boggie and he works with the pianist Aron Romhanyi too.

Klara and Milan’s first original composition, “You’re Gonna Rise” was elected into the top 30 hits of A Dal2019, the Hungarian selections of Eurovision Song Contest. Both of them are keen on wandering between music genres.

This concert will be featuring some of their own compositions as well as their favourite well known jazz and pop songs and Christmas classics. 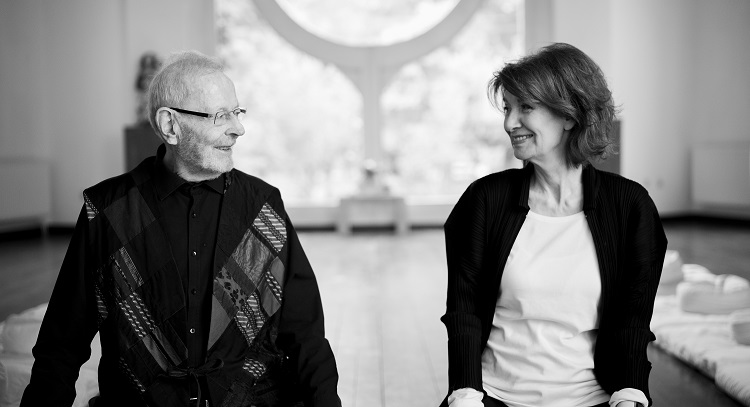 Dance artist Marianne Kaiser and spiritual teacher Niklaus Brantschen will move from Switzerland to the Posticum between May 16 and 25, 2023.

Those who wish to spend precious time with them, are welcome. You can read more about the program on the new website of the Posticum guesthouse:  www.thezenhostel.com